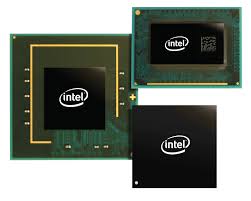 Intel has unveiled three new developer kits at its Intel Developer Forum in China. The move is part of a somewhat pressing land-grab for Intel, as it tries to brace itself for an uncertain future in its core markets. Historically, Intel hasn’t had much success in these pivots.

Its most glaring failure was its attempt to leap into the mobile market, but with the persistent background noise about the rise of ARM or Power in the sever markets, Intel is increasingly wary of losing share in the lucrative server business – the heart of so many cloud computing platforms.

In the desktop and laptop markets, Intel hasn’t seen any real threat from chief-rival AMD, with Intel whipping it on most performance metrics. The ARM architecture has the potential to make the jump from mobile into laptops, and could simplify development for iOS and Android developers if such a transition were to occur.

But with these looming shifts, Intel is wisely attempting to transition into other markets. It has publicly announced its ambitions to move into the Internet of Things, aiming to push its smaller CPUs as central component of IoT devices. These cores are the Quark family of microcontrollers (MCUs) and the Atom low-power x86 SoC.

With the Quark Microcontroller Development Kit D2000, developers will have access to the namesake 32MHz D2000 MCU. The kit will cost $15, and is available from Mouser Electronics and Avnet. It houses a six-axis accelerometer, temperature sensor, magnetometer, and a single USB 2.0 port – the sole means of communicating with the board. The D2000 is powered by a coin-cell battery.

Notably, the D2000 kit is hardware compatible with the Arduino Uno board, a similar board that is based on a 16MHz ATmega328P MCU, which should allow Intel to pitch the board to developers who have already invested in the popular Arduino ecosystem.

In terms of software support, the kit includes the Intel System Studio for Microcontrollers, which is based on the Eclipse IDE (integrated development environment), a popular suite for JavaScript developers.

The Robotic Development Kit is much more expensive, at $250, but is still from a price tag that could be described as exorbitant. The central component is the RealSense camera, which Intel has been proudly showing off as a gesture recognition tool for laptops – and more recently, as a navigation tool for drones, which was the subject of a keynote at CES.

Thanks to its depth-perception, the camera is able let machines understand their environments, using software to augment the relatively simple camera hardware, which helps keep the end-cost down. To this end, the dev kit is still an option for hobbyist developers – who now have access to IBM’s Watson AI through its integration with ARM’s mbed OS, a huge ecosystem of affordable developer boards, and now increasingly capable hardware like this RealSense camera.

For businesses, this ecosystem of affordable dev kits allows them to let their engineers run a little wilder than they could in previous years or decades. But there’s always an outside chance that a garage-developer could storm the business world with an invention spurred by this new age of hardware and cloud software – potentially back by the ever popular crowdfunding websites. Incumbents have to be wary of IoT innovators stealing their lunch, and that’s good for competition.

The Robotics kit centers around an Atom x5 Z8350 CPU, mounted on a board supplied by Aaeon, housing 4GB of DDR3 and 32GB of storage. With a single USB 3.0 port, two USB 2.0 ports, HDMI out, and Gigabit Ethernet, the board uses embedded DisplayPort to connect to the camera, and has 40 GPIO pins for hooking up peripherals.

Ubuntu is the stock OS for the Robotics kit, but Intel says that Windows 10 will also be supported. The drone-focused Aero Platform uses an Atom x7 Z8700 CPU, with DDR3L RAM, using an embedded Linux distribution. That’s the extent of the public details, but the kit is due to ship in the second half of the year, for a price that has yet to be announced.

It challenges Qualcomm’s Snapdragon Flight platform, based on its Snapdragon 801 SoC, housed in its DragonBoard 401c, and Nvidia’s Jetson TX1 board – as silicon designers aim to get out in front in what looks to be a rapidly expanding market.

Drones have the potential for enabling much more efficient remote monitoring, compared to sending technicians on site visits. While things like smart meters can leverage IoT technology to report their readings back to a cloud dashboard, to avoid requiring that human visit, tasks like monitoring crop growth or inspecting the condition of infrastructure in the wake of a storm could be massively augmented and improved by the use of drones with cameras.

Roaming fleets of autonomous UAVs could also be a great asset in dense areas too. Veniam’s connected public transport vehicles have a similar focus, where a bus acts as a mobile backhaul point for smart city sensors, to bypass the cost of installing a dedicated network for managing that data. With Bluetooth sensors, a drone would simply have to fly on a path that took it within range of the device in order to collect a reading – allowing a developer to rollout a system that would avoid the cost of using a third-party to manage the device connection on a cellular or LPWAN network.

But the biggest barrier to drone adoption remains the legislation that allows them to be used in certain areas. Globally, there needs to be a shift to allow these lightweight aircraft to operate in proximity to people – as those areas are where the most IoT devices will be most densely deployed.