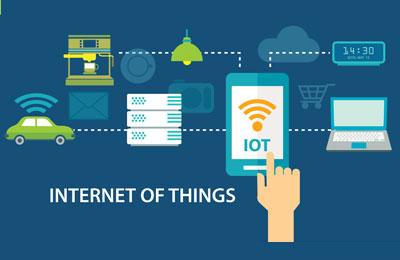 There is tremendous hype around the burgeoning Internet of Things (IoT), but the IoT is not a singular entity as the value proposition, timeline, and technological needs vary widely across its three major domains – industrial, consumer, and healthcare. The hype across all three of these IoT domains is palatable, with talk of industry 4.0, smart homes, and digital healthcare, respectively, increasing on a daily basis; this makes finding the right IoT markets and bets an enormous challenge.

For those seeking near-term returns, the Industrial IoT is an attractive candidate, as hype is beginning to give way to value – manufacturers, utility providers, farmers, oil producers, and other industrial stakeholders are witnessing returns from investments in sensing, connectivity, analytics, systems integration, and process transformation. Nearly every industrial organization stands to benefit in one way or another from these developments, leaving those that act too late at a significant competitive disadvantage.

Fueling the hype of the Industrial IoT is its ability to deliver value in many different value propositions from increasing supply chain visibility to improving worker safety. Among the many value propositions of the Industrial IoT, asset optimization is one of the most promising. For many years, organizations have remotely monitored individual internal assets to understand their performance. The cloud has made it possible to monitor a fleet of globally separate assets and analyze their data in conjunction, which is becoming a common practice for forward-thinking organizations. While many organizations have analyzed their own internal operations over the Internet for years, the ability for industrial OEMs to draw data from their product fleets in the field is completely revolutionary. A major airline may have hundreds of aircraft in operation at a given time: the three major US airlines – Delta, American, and United – have fleets of 820, 938, and 715, respectively. In contrast, GE Aviation and its partner companies ship over 3,000 jet engines per year – if GE can collect data feeds from all of its jet engines once they are in the field, it can develop a far deeper level of insight into engine performance than any other single airline could accomplish on its own. This new practice – monitoring and analyzing equipment after it has been deployed in the field by customers – is a key aspect of the Industrial IoT revolution.

The Industrial IoT: Turning the Hype into Competitive Advantage

10 Tech Companies Commanding the Spotlight In 2016