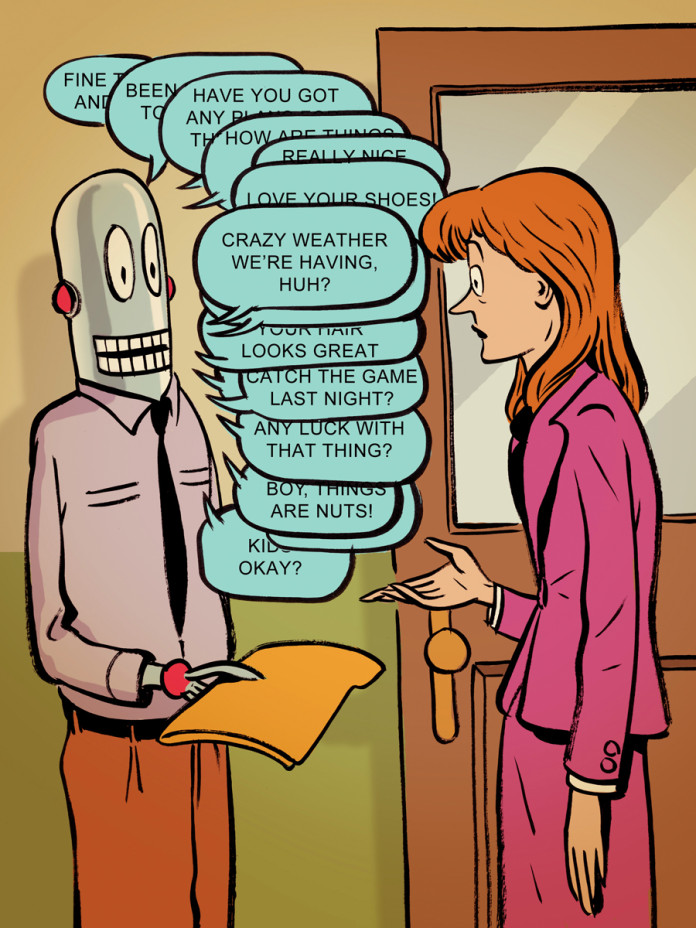 The secret to making an artificial intelligence more convincing? Program it to kibbitz.

Tom was discussing the film star Tang Wei with a chatbot named XiaoIce, and the bot was excited: “A goddess! She stole my heart … and then went off and married!” Married who? “Haven’t you heard?” XiaoIce replied. “Tang Wei is engaged to famous Korean director Kim Tae-yong.” (“Romantic comedies,” the bot added with a sigh, “are my favorite.”)

XiaoIce is a massive hit on social networks in Asia. Introduced in 2014 by Microsoft Research and Bing in Beijing, it can answer simple questions, like a stripped-down version of Cortana. But Microsoft engineers also trained XiaoIce on real-life human chatter, making it very, very good at banter. More than 40 million users exchange jokes, compliments, and witticisms with XiaoIce, and their conversations are surprisingly long. With many older bots, people soon noticed their repetitive ploys and lost interest. But XiaoIce tosses out surprises, and chats go on for an average of 23 turns. That’s astonishing for people who know they’re talking to a machine.

Tesla Summon Hints at How the World of Self-Driving Cars Will...