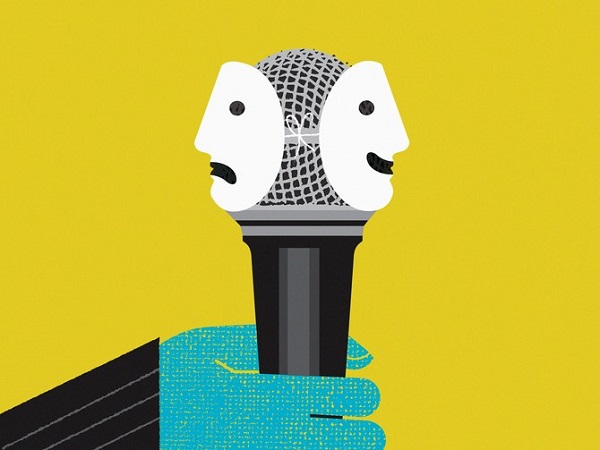 “Lordy, I hope there are tapes,” said an exasperated James Comey in his testimony before the Senate Intelligence Committee on June 8. Comey’s desire reflects a familiar one for individuals accused of lying when the stakes are high. The former FBI director wished for tapes because, in our society, audio and video recordings serve as a final arbiter of truth. He said, she said always loses to what the tape shows.

Today, when people see a video of a politician taking a bribe, a soldier perpetrating a war crime, or a celebrity starring in a sex tape, viewers can safely assume that the depicted events have actually occurred, provided, of course, that the video is of a certain quality and not obviously edited.

But that world of truth—where seeing is believing—is about to be upended by artificial intelligence technologies.

We have grown comfortable with a future in which analytics, big data, and machine learning help us to monitor reality and discern the truth. Far less attention has been paid to how these technologies can also help us to lie. Audio and video forgery capabilities are making astounding progress, thanks to a boost from AI. In the future, realistic-looking and -sounding fakes will constantly confront people. Awash in audio, video, images, and documents, many real but some fake, people will struggle to know whom and what to trust.

Lyrebird, a deep learning tech startup based in Montreal, is developing technology that allows anyone to produce surprisingly realistic-sounding speech with the voice of any individual. Lyrebird’s demo generates speech, including varied intonation, in the voices of Donald Trump, Barack Obama, and Hillary Clinton. For now, the impersonations are impressive, but also possess a fuzzy, robotic quality that allows even an untrained ear to easily recognize the voice as computer-generated. Still, the technology is making rapid progress. Creative software giant Adobe is working on similar technology, announcing its goal of producing “Photoshop for audio.”

Researchers at Stanford and elsewhere have developed astonishing capabilities in video forgery. Using only an off-the-shelf webcam, their AI-based software allows an individual to realistically change the facial expression and speech-related mouth movements of an individual on YouTube video. Watch as one researcher edits a video of George W. Bush to insert new facial and speech expression, all in real time.

I got close to a robot and you won’t believe what...