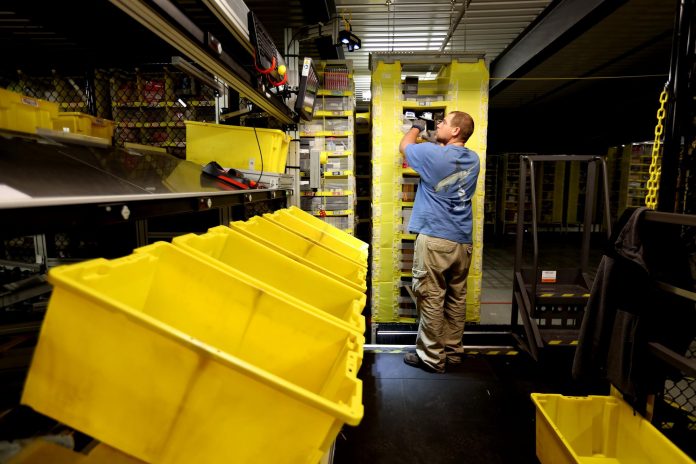 An Amazon warehouse is a flurry of activity. Workers jog around a man-made cavern plopping items into yellow and black crates. Towering hydraulic arms lift heavy boxes toward the rafters. And an army of stubby orange robots slide along the floor like giant, sentient hockey pucks, piled high with towers of consumer gratification ranging from bestsellers to kitchenware.

Those are Kiva robots, once the marvel of warehouses everywhere. Amazon whipped out its wallet and threw down $775 million to purchase these robot legions in 2012. The acquisition effectively gave Jeff Bezos, its 52-year-old chief executive, command of an entire industry.

He decided to use the robots for Amazon and Amazon alone, ending the sale of Kiva’s products to warehouse operators and retailers that had come to rely on them. As contracts expired, they had to find other options to keep up with an ever-increasing consumer need for speed. The only problem was that there were no other options. Kiva was pretty much it

5 Trends That Are Radically Reshaping Retail