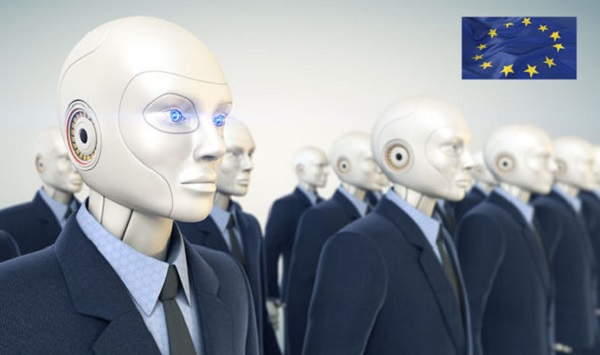 Members of the European Parliament have voted to propose granting legal status to robots, categorising them as “electronic persons” and warning that new legislation is needed to focus on how the machines can be held responsible for their “acts or omissions”.

The draft report, tabled by Mady Delvaux-Stehres, a socialist MEP from Luxembourg, states current rules are “insufficient” for what it calls the “technological revolution”, and suggests the EU should establish “basic ethical principles […] to avoid potential pitfalls”.

Ms Delvaux-Stehres’s resolution was easily passed by the European Parliament’s legal affairs committee, and a vote by the full parliament on the resolution is likely to take place in February.

The report suggests that robots and other manifestations of artificial intelligence such as bots and androids are poised to “unleash a new industrial revolution, which is likely to leave no stratum of society untouched”.

“The more autonomous robots are, the less they can be considered simple tools in the hands of other actors (such as the manufacturer, the owner, the user, etc.),” they said.

“This, in turn, makes the ordinary rules on liability insufficient and calls for new rules which focus on how a machine can be held – partly or entirely – responsible for its acts or omissions.

“As a consequence, it becomes more and more urgent to address the fundamental question of whether robots should possess a legal status.”

Following the committee vote on her measure, Ms Delvaux-Stehres reiterated the need for a legal framework for robots, saying: “A growing number of areas of our daily lives are increasingly affected by robotics.

“In order to ensure that robots are and will remain in the service of humans, we urgently need to create a robust European legal framework.”

Read the source article at The Independent.

Room-service robots — in the forefront of specific function work bots