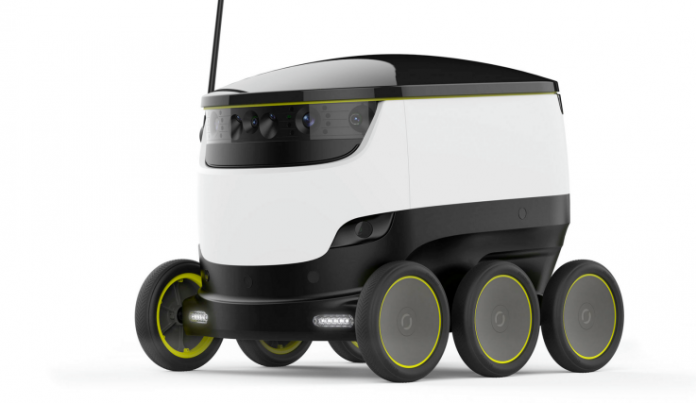 “Every failed on demand startup will reappear as a successful robotics driven business in five to 10 years.” So tweeted Jeremy Conrad, founding partner of the San Francisco-based hardware fund Lemnos Labs, one recent afternoon.

Conrad apparently means what he tweets, having investing in Marble, a new, San Francisco-based ground-delivery robot that will focus on ground-based last-mile delivery for business, then consumer, applications. (Conrad wouldn’t discuss the still-stealth startup’s funding picture, but another source tells us it’s currently meeting with investors.)

He’s hardly alone in thinking that ground robots will be bringing us everything from canned goods to Christmas lights sooner than we think. For example, this past Wednesday, Andreessen Horowitz announced it had led a $2 million investment in Dispatch, a company whose self-driving ground delivery robots look like minibars on wheels.

And Dispatch’s machines look an awful lot like the robots of Starship, an Estonia-based outfit created by Skype cofounders Ahti Heinla and Janus Friis, who took the wraps off their still-in-beta machines late last year. The robots, which also look like little refrigerators, are designed to deliver goods like groceries – about two bag’s worth – in 30 minutes of less.

In each case, the idea is to save money on deliveries by cutting out costly humans. Starship is also promising to give customers more control over the delivery process. It says it will enable residents to schedule deliveries only when the timing works, as well as track in real time the whereabouts of the robots, whose tech includes GPS, gyroscopes, and nine cameras. (As an added bonus, its robots will produce zero emissions, says Starship.)