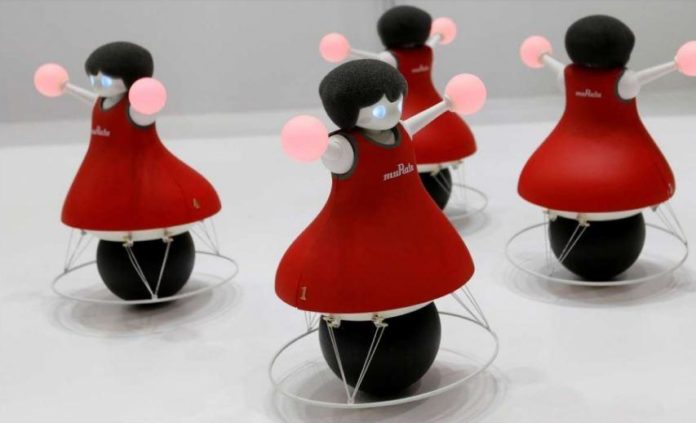 A Japanese inventor is hoping a robot that still needs humans will win over Asia’s largest tech fair, offering a counterpoint to major technology firms pushing the boundaries of artificial intelligence (AI).

Katsumori Sakakibara was showing off his little droid called Caiba at the Cutting-Edge IT & Electronics Comprehensive Exhibition (CEATEC), which kicked off on Tuesday near Tokyo.

Waist-high Caiba – whose name means hippocampus, a key area of the brain, in Japanese – is controlled by a human wearing a virtual reality handset and mechanical arms.

If the person waves their arms, the little robot follows suit. But whatever Caiba does, it depends on a human to control it.

“People say what an amazing AI we’re using for the robot. So I tell them: ‘well, it’s actually a middle-aged guy’,” Sakakibara said during a press preview this week.

“Humans are more flexible in that they can recognise a huge amount of different information, but so far AI can only be used in limited situations” such as playing chess, he added.

Read the source article at scmp.com

Procrastination As A Human Behavior Imbued Into AI Systems: The Case...