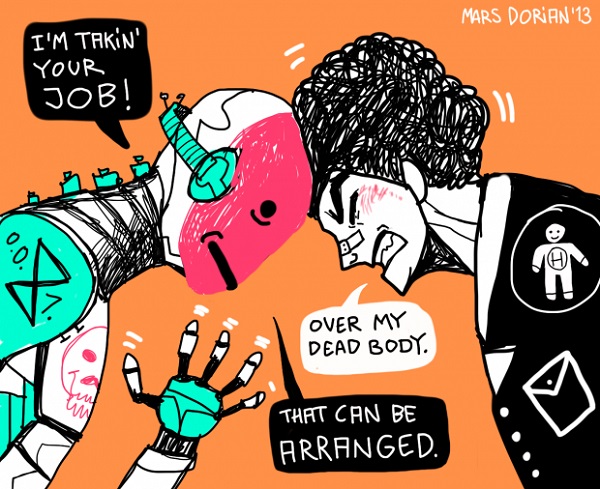 More than two-thirds of American workers fear that robots will take over their jobs. But human capital leaders are predicting a much brighter future, one where automation can revitalize manufacturing in the United States and increase demand for skilled workers.

Of the 400 HR leaders that were surveyed for Randstad Sourceright’s 2017 Talent Trends Report, a clear majority said that automation and robotics will have a positive impact on U.S. business growth and will influence hiring over the next several years.

If you love or fear robots, one thing is clear: workplace automation cannot be stopped. More than 15 percent of global HR leaders say that robotics completely transformed their businesses in 2016, and more than double that number (31 percent) expect automation to have an even greater influence in 2017.

Rather than feeling threatened by the automation trend, nearly two-thirds (65 percent) of HR leaders see artificial intelligence and robotics as having a positive impact on their businesses over the next three to five years. Across all the industry sectors we surveyed, businesses were optimistic about technology’s ability to reduce costs, improve quality and increase output.

Many assume these productivity gains must come at the expense of American jobs. In reality, automation has increased demand for flexible, mobile workers with skills and agility that no robot can come close to matching. While 26 percent of the HR professionals we surveyed said their businesses increased their use of robots in 2016, more than 34 percent said they hired extensively over the same period just to keep up with growth.

In fact, survey results found that a scarcity of skilled workers was driving employment demands in certain areas, such as marketing, sales and IT/technical, where automation is a long way from displacing human employees. Well more than one-third of respondents anticipate hiring more workers in these areas over the next year.

Read the source article at washingtonexaminer.com.