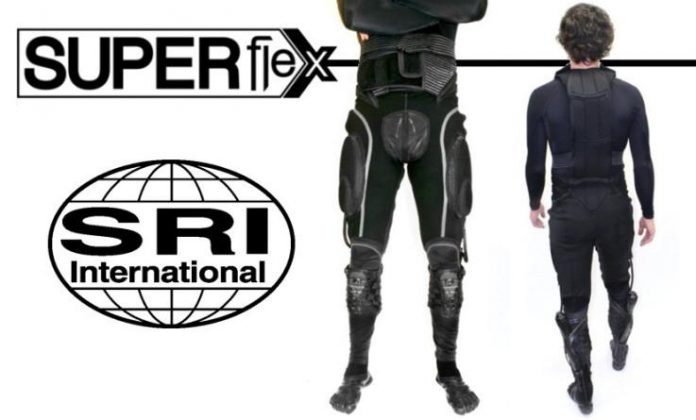 Nonprofit research organization SRI International is spinning off part of its robotics division into a new company called Superflex. It won’t be focusing not on industrial robots or the like, but rather robotic augmentations for people — mainly to help the disabled take on everyday tasks, not $6 Million Dollar Man stuff.

Rich Mahoney will head up the new company. He’s been with SRI since 2008, but has worked in assistive robotics for much longer.

“There’s a lot of interest in this area, a lot of expectations, of robotics and wearable robotics,” said Mahoney in a phone interview with TechCrunch. “SRI is a critical part of the innovation process, but you can’t create a product without engaging with the market and responding to real customers.”

Superflex is actually the name of the company’s prototype, a full-body suit filled with soft muscle-like actuators that detect your movements and give them a boost. But the suit, which has been in development for several years now, isn’t about jumping over buildings or punching through walls. Instead, that little boost is intended to be the difference that lets someone in physical therapy walk normally, or prevents a soldier getting lumbar problems from carrying 50 pounds on her back all day.

All the same, I asked whether, given the DNA from DARPA’s Warrior Web project, there were plans at any point for creating a suit that helps people surpass human capabilities — you know, a super-suit.