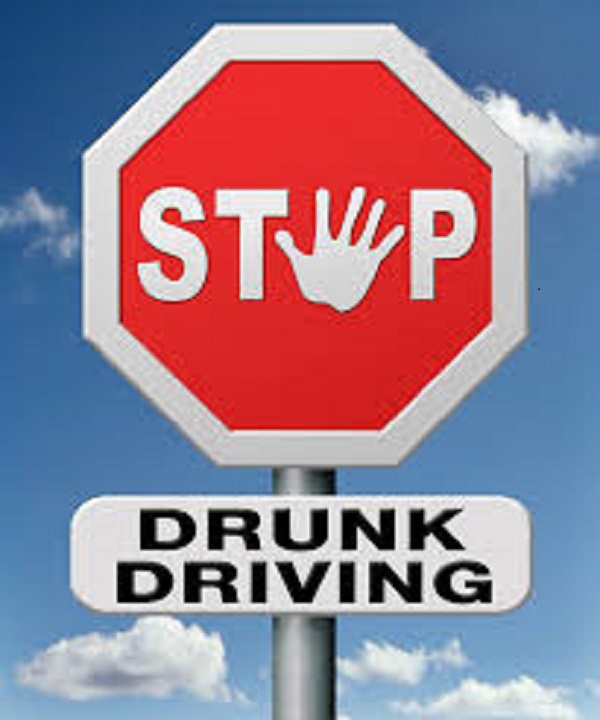 During Memorial Day weekend, drunk drivers come out in droves. I was on-the-road after attending a beach BBQ, and saw on Pacific Coast Highway (PCH) a car that was weaving back-and-forth across the lanes of traffic ahead of me. He also was sporadically speeding up and then slowing down.  Though I could not see the actual driver, his driving behavior was a giveaway that he was likely drunk or as some prefer to say “alcohol-impaired.” I opted to remain a sizable distance behind him.  Meanwhile, other cars around me weren’t willing to stay behind the weaving car and decided to drive past him. As they did so, he nearly swayed over into them. It was a very dangerous situation that was playing out at speeds of 40 to 65 miles per hour.

Statistics in the United States are that about 30 people die in car crashes everyday due to drunk drivers. Sometimes it is reported statistically as there being a drunk driver death every hour. I’ve covered some of these facets in my column about accident driving stats and self-driving cars.  Most of the mass media articles about drunk driving and that also touch upon self-driving cars are about how the advent of self-driving cars will presumably do away with any drunk driving related deaths.  I debunk this in my other piece. In this piece, I’d like to hone in on a particular facet that no one seems to be willing to talk about, namely when a self-driving car drives like a drunk driver.

At our Cybernetics Self-Driving Cars Lab, we have been exploring what happens when a self-driving car drives in a drunken-like manner.

I am not suggesting that the AI gets drunk, but instead emphasizing that the AI acts in a manner that we associate with drunk driving.  For example, in my story about driving down PCH, I mentioned that the car ahead of me was weaving across lanes and sporadically speeding up and slowing down.  I could not see the actual human driver, and nor could I give a road sobriety test to the driver. All I knew and could detect was that the car was acting in either illegal ways or at least unsafe ways, and I deduced that likely the driver was drunk.  The driver might have been suffering a heart attack and not actually been drunk, or maybe the driver was swatting at a bee that was inside the car and trying to sting him.  I don’t know for sure he was drunk.  I knew for sure that he was driving in a drunken-like manner.

Why would a self-driving car drive in a drunken manner? There are several ways in which this could readily arise. Let’s take a look at the most common ways that this can happen.

A self-driving car relies upon the sensors that are mounted on and in the car to be able to sense the world around it. These sensors include cameras, radar, LIDAR (see my column on LIDAR), and other capabilities.  Suppose that a sensor becomes faulty. The sensor fusion by the AI might be misled into believing that there is a car next to it that is trying to come into its lane, and so the self-driving car suddenly changes lanes, even though the other car is not really there (it is considered a “ghost” concocted by the faulty sensor).

This kind of lane changing and speeding up and slowing down could be undertaken by a self-driving car that is getting fed faulty data by its sensors. The AI believes it is doing the right thing and protecting the car and its occupants. Meanwhile, if we were watching the self-driving car, we would think it was drunk driving. We would have no ready way of knowing that the faulty sensors are getting the AI confused. This is analogous to the drunk driver that we don’t know for sure is drunk and we need to infer from his wanton behavior that he must be.

Software that is doing the sensor fusion can have bugs in it. These bugs might mislead the system into believing that the outside world is different from reality, and so this is then fed into the AI that has to decide how to drive the car. If the fusion is telling the rest of the AI that there is debris in the roadway up ahead, which maybe is falsely believed based on a mistake in the fusion algorithm, the AI is going to swerve the car to avoid the non-existent debris.  From an outside perspective, all that we would see is the self-driving car making an unnecessary radical swerve and we would be perplexed since there was no apparent reason to do so. We’d think it was drunk driving.

Suppose that the machine learning found a pattern amongst traffic data that suggested that whenever a red colored car was ahead and going more than 80 miles per hour that it was likely that the red colored car will make a rapid lane change into the lane next to it. Based on this trend, the machine learning might then be triggered that if it detects a red colored car that meets that criteria to then take the “safe” action of preemptively making a lane change to avoid having that red colored car merge into it. For those of us observing the self-driving car, we’d have no idea as to why it suddenly opted to change lanes. We might think it was drunk driving.

The AI that is driving the self-driving car must rely upon lots of computer processors and lots of computer memory to perform all of its calculations and efforts.  These processors and their memory are hardware components that can always have the chance of going faulty or failing. Think about your home PC that often runs out of memory and you need to reboot. I am not saying that the processors and memory of the automobile system are the same per se, but merely pointing out that they are hardware and will gradually and eventually breakdown.

If the computer processors or memory go bad, it can impair the AI software. If the AI software is impaired, it might render decisions to the automotive controls of the car that aren’t intended. The next thing you know, the self-driving car is making seemingly strange turns and actions that we can’t readily explain. Drunk driver.

Most of the self-driving cars are relying upon external communications such as the Internet to convey aspects of how they are driving to some kind of centralized system. The centralized system is collecting data and using that to do galactic style machine learning that can be shared back to the individual cars and whatever individualized machine learning they are doing.

The aforementioned aspects are all realistic ways in which a self-driving car could be considered to be acting like a drunk driver.  The types of actions that we might see include these:

Any and all of these are actions that a self-driving car might take.  The self-driving car might do these actions by intent, meaning that it thought the action was warranted given the existing driving conditions, or it might do it by mistakenly invoking a routine that should not have been invoked. For example, the AI might have a routine or algorithm for purposely driving on the wrong side of the road, which can happen in certain situations, which you as a human driver have undoubtedly encountered. That specific routine could be intentionally or intentionally invoked by the AI, and the next thing you know the self-driving car has gone into the opposing lanes of traffic.

What are we to do about self-driving cars that seem to be drunk driving?

First, we need to make self-driving cars as safe as possible so that they won’t do the drunken driving. As I have mentioned in my prior columns, this involves ensuring that the sensors have sufficient redundancy and are resilient in the real-world. This requires testing the AI systems to make sure that they will not allow buggy behavior to crop up. This requires layers of safety systems that check and re-check the actions of the AI and the self-driving car and its machine learning, double checking the actions to try and ensure that there is a bona fide reason for the movements made by the system. And so on.

Second, we have to acknowledge that drunken behavior can occur by self-driving cars. There are way too many self-driving car makers that are using the head-in-the-sand approach and pretending that this can never happen. As I have mentioned in this piece, avoiding it is not the answer. In the end, it will happen and it could be the death knell for self-driving cars.

Likewise, if we have any kind of centralized control of self-driving cars, it can be a boon or it can be an adverse Big Brother.  Some believe that police, for example, should be able to take over the controls of self-driving car. Imagine that if bank robbers are trying to get away in a self-driving car, the police could just route the car to a local police station.  Of course, the government could potentially use that power for other more nefarious purposes.

Parking Your Car the AI Way