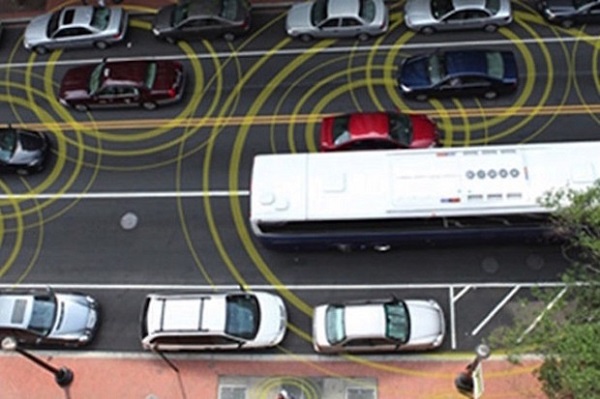 By Dr. Lance B. Eliot, regular contributor of AI Insider for AI Trends

When you are using a car to get you from point A to point B, it is a blessing in that you are able to move along rapidly and get to your destination expeditiously. The hitch or curse often occurs once you get to your destination and realize that there is no place to park your car. Besides the obvious frustration of driving around and around to find a place to park, there are adverse environmental consequences in that the amount of fuel consumed and pollution generated are due to simply wanting to park your automobile. Wouldn’t it be nice if you could somehow magically be always able to park your car, doing so without the usual dance of darting for an open spot and having to play chicken with other cars vying for the same spot of turf.

There are several ways in which AI is coming to the aid of the car parking problem. Let’s take a look at the various ways that AI is being applied, and I hope it will bolster your spirits that soon and someday the parking issue will be resolved.  You can dream at night that one day you’ll never get a parking ticket again, and that your car getting towed because you parked in that red zone won’t have to happen anymore.

AI Parks Your Car. AI is being used to actually park your car. There are a number of car brands that have specific models that can park the car autonomously, including the Lincoln MKS, Mercedes-Benz E-Class, Ford Focus, Toyota Prius, Chrysler 200, Tesla Model S, BMW i3, Chevrolet Malibu and others. The first such capability began to appear commercially around 2003.

If you’ve ever watched a car do its own parallel parking, it is a marvel to watch, though also a bit nail biting at times.  The car abides by the usual practice of lining up and backing into a tight spot. For drivers that are nervous about doing parallel parking themselves, it is wondrous to see the car fit into a viable spot.  But, some tolerances for the AI are set to not allow parallel parking in really tight circumstances, and so a human that wants to brave possibly banging against other cars might need to take over the controls from the AI system to squeeze into a narrow opening.

The use of AI to park a car will continue to be adopted into all cars. Right now, the cost of the hardware and software elements makes it prohibitive for all cars, but we can expect that gradually it will become as ubiquitous as other features such as cruise control has become. One advantage of the AI capability is that it allows for parking in spots that a human might have not thought they could get into, and so in some sense it does increase the utilization of parking spots.  That being said, the AI right now is generally not able to determine whether you are parking in a legally allowed spot, and so it is up to the human to figure out whether they are legally doing so.  Even if the car parks you into a parallel parking opportunity, if the road has street sweeping that afternoon and your car is parked there, you are going to get a ticket.

AI Identifies Where To Park. The above aspects of having an AI system park your car does not address the issue of trying to find a spot to park. In other words, once you’ve found a spot, then the AI helps to park the car, but what about knowing where car parking even exists?  There’s an app for that.

There is a myriad of apps that have appeared for helping with finding a parking space. Some of them are based on the wisdom-of-the-crowd, namely that people using the mobile app are kindly marking electronically via the app where there are parking spots and which ones are open. There is also a monetary angle too, involving some apps that allow one person that is holding a parking space to offer it for bid to other drivers that are wanting that parking space. Some cities have opted to ban or otherwise regulate such apps, doing so because they are worried that only those that are wealthy enough can garner choice parking spots, and also concerned that there might become a profession of parking-spot-holder (a person that makes a living entirely by sitting in high-demand parking spots and then selling them throughout the day to harried drivers).

Even more recently, AI has been added to the army of ways to find a parking spot. At the start of this month of February 2017, a new feature was added into Google Maps for Android, making use of machine learning to predict parking difficulties. Right now, it only encompasses 25 major US cities. Ultimately, Google intends to have the feature on a more widespread basis. Allow me a moment to explain what it does and why it is helping to solve a rather complex problem.

Let’s begin with exploring parking spot data. There is very little real-time information about open parking spots. Seldom do you see any Internet-connected parking meters that will report whether they are at a spot that is available or occupied. Of course, these “dumb” parking meters only know whether someone put money into the meter or not, and there are often scofflaws that park in a metered spot and have not paid for the privilege. Thus, even if we had tons of these web-based Internet-of-Things (IoT) meters, there would not be any guarantee that an open spot is really open. Newer “smart” parking meters are being designed to detect whether a car is present and be able to do other wizardry aspects related to car parking and paying for parking.

Google engineers realized that to obtain “ground truth data” (meaning data that reflects the reality of parking spots), they would have to find some other source for it. They were able to entice users to share their parking-related location data, via crowdsourcing, and built-up a parking related database that contains anonymous aggregated data.  This can be used in many clever ways. For example, suppose you had entered that you wanted to go to the diner on Mulberry Street, and when you arrived there you were unable to park, so you drove around the block to find a spot. The machine learning that Google applied to the database was able to discern this kind of effort, and therefore reasonably conclude that parking on Mulberry Street at the diner is tough to find.
The machine learning also had to take into account factors such as day of the week and time of the day. Maybe parking on Mulberry Street is impossible at lunch time on a weekday, but wide open in the afternoon and weekends. Currently, the Google Maps feature does not tell you whether or where a parking spot is open. Instead, it tells you the likelihood of finding a parking spot at a particular destination. And, it can also indicate alternative areas nearby that are frequently used by those trying to park at your desired destination.  Take a look at the Google Research Blog for the “Using Machine Learning to Predict Parking Difficulty” piece written by James Cook, Yechen Li, and Ravi Kumar for further info about what this new feature does.

Self-Driving Cars To The Rescue. Once we have self-driving cars, there are some that predict that we will no longer have any parking related problems. Their prediction is based on the simple notion that you can have your self-driving car drop you at your destination, and it will then forage for a place to park. This reduces your frustration about parking because your car is taking on the task entirely for you.

If you are working in downtown and you know for sure that you’ll be in the office for an eight-hour shift, it might make sense to have your car wander far away. Suppose though that you have an emergency or something else unexpected arises, again your car is far away. Generally, it seems doubtful that having your self-driving car park some long ways away is going to make much sense. In that case, there will still need to be parking somewhat nearby to destinations that humans find popular.

Fortunately, we are likely going to be able to use parking spots more efficiently with the advent of self-driving cars. For example, a parking structure that allows for human drivers to park cars needs to accommodate the driving wildness of human drivers, while if it parks only self-driving cars then the parking structure can be more compact and streamlined. Predictions by some futurists is that we’ll be able to cram more parked cars into less space and thus free-up some amount of inner city space devoted to parking.
To conclude this topic for now, I’ll bring up one other hope about parking. Flying cars. If we had flying cars, they would presumably need to be parked someplace (other than hovering in the air), and so again we have many of the same aspects to consider as the self-driving car. There are differences though between a ground-based self-driving car and a flying self-driving car, in that the flying version can park in places that ground-based cars can’t easily reach and they can get to further away distances much more quickly. Don’t be surprised if you see that I have started up a new business, Lance’s Cloud Parking, wanting to be the first to provide parking in the sky for self-driving flying cars. Mention AI Trends and I’ll give you a 10% discount on parking.