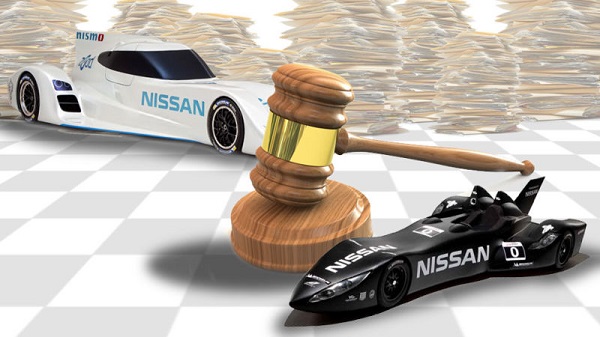 By Dr. Lance B. Eliot, the AI Insider for AI Trend, regular contributor

Here’s some old jokes that you might enjoy. What’s the difference between a lawyer and a leech? The answer is that after you die, a leech will stop sucking your blood. Try this next joke on for size. What’s the difference between a good lawyer and a bad lawyer? It is said that a bad lawyer makes your case drag on for years, while a good lawyer makes it last even longer.

Here’s where the lawsuits are going to come to play. I hire Joe Smith, renowned expert on autonomous vehicles, who has been at the XYZ self-driving car maker, and so he comes to my self-driving car making company with experience under his belt. But, maybe he also comes to me with a slew of design documents and even actual self-driving car code, all of which was developed while at the XYZ company. A boon for my company because I can instantly be already up the learning curve and on par with other companies such as XYZ. Not so good a deal for the XYZ company, which has had its Intellectual Property (IP) “borrowed” and taken to a competitor (some might even say it was “stolen” from them).

Fast forward and there are now lawsuits right and left. The Apple versus Samsung lawsuit over Intellectual Property has been dragging on for years, and the money involved is into the billions of dollars at stake. The issues are so thorny that many of these cases cost millions and millions of dollars to litigate. They even at times make their way to the United States Supreme Court. Businesses are now well aware of their IP, and the need and desire to protect their IP, especially so in high-tech.

Not all cases are legitimate per se.

I might launch a lawsuit over IP that’s at a competitor, doing so not necessarily because I believe that I have a proper case, but maybe instead to drain the competitor of their resources and attention, diverting them away from working on systems that are a competition to me. Or, I might do so to strike fear in the hearts of programmers and other AI developers that are maybe thinking of jumping ship over to my competitor.

If I make a big stink by using an IP lawsuit, whether I truly believe in the merits of my case, it can have other handy dampening impacts on other firms. This is especially handy if I am a cash rich firm that can afford to undertake these efforts. Of course, I could also be a tiny startup that maybe finds a hungry attorney that works on a contingency basis and they are willing to take a chance that by suing someone big that there might be a payday. Many of these cases are settled out of court, and so the annoyance factor does get big bucks sometimes to become less annoying or drop the annoyance entirely.

Speaking of IP lawsuits, last week an Intellectual Property lawsuit was filed by the Google self-driving car company Waymo, doing so against Uber. Pause for a moment and read that sentence again. Yes, I just said that two of the biggest and boldest of today’s tech firms have decided to go toe-to-toe. Nothing can be more exciting than this. They both have billions and billions of dollars to play with. They can afford the most expensive lawyers. They can play this game with cunning, vast resources, and make it last nearly as long as they want. May the battle of the titans begin!

Here’s what the IP lawsuit is about. I preface all this by asking you to use the word “alleged” throughout this discussion of the case, since we don’t know the truth of the matter as yet, and right now it is pretty much finger pointing. Anyway, here’s the case. Anthony Levandowski had worked at Waymo. He left Waymo. He started up the company Otto, which sought to develop a self-driving truck. The firm Otto was then acquired by Uber. Uber has put Anthony directly into the Uber self-driving vehicle development program. I think those facts seem so far to be undisputed. What Waymo claims is that Anthony downloaded 14,000 files from the Waymo company server, doing so before he left Waymo, and that those files were about self-driving vehicles, and that Anthony then used that to his advantage at Otto, and now Uber also has those to its advantage at Uber (after having bought Otto and brought along Anthony).

Before I say much more about this case, please know that I am not a lawyer, and nor do I play one on TV. I do admit that I have been an expert witness in court cases involving Intellectual Property rights in the computer field. I also have been an arbitrator for the American Arbitration Association involving computer disputes and was certified and served on the computer disputes panel. I also at one time was a university professor and did research with law school colleagues on various facets of the IP and computer industry aspects, publishing some jointly written papers and presenting at conferences. All of this to just suggest that I am an armchair interested party in these kinds of matters.

With those caveats in mind, I believe that we can consider several interesting aspects of this case. First, let’s assume that indeed Anthony downloaded the 14,000 files. It might be a lesser number of files, it might be a greater number of files, but the point would be that he downloaded some amount of company files. Why did he do this? Can he somehow justify that while working at Waymo that he had an appropriate basis for doing so?

Next, did he take these files with him to Otto? Maybe he might claim that he did not. He might claim that he left those files at Waymo and walked out the door with nothing more than his own knowledge in his own head. The follow-on logical question would be whether he then took these files over to Uber. Of course, even if he did not, but if he did use them at Otto, then the fruit of the poisonous tree was first born at Otto and Uber is still going to have troubles on its hands.

Suppose the 14,000 files were all about the dining hall at Waymo and consisted entirely of menus and food recipes. If so, and if Anthony really did take the files to Otto and Uber, what adverse impact is there on Waymo due to the taking of the food recipes and menus? One might say that there is nothing that gave Otto and Uber an unfair advantage competitively. Well, Okay, maybe the food recipes led to Otto and Uber improving their own dining halls, and the stomachs of the programmers developing self-driving code were better off because of it.

If the files were about LIDAR, this puts those files squarely into the self-driving car realm. Rather than dealing with food recipes, instead now we are talking about key components to making a self-driving car. This is the bloody knife found in the kitchen (that’s from the game Clue, for those that don’t know). The knife can be a killer weapon and the fact that it is bloody certainly makes it incriminating that it was involved in the murder. Likewise, since Waymo uses LIDAR, and Otto uses LIDAR, and Uber uses LIDAR, it certainly seems like the murder weapon has been found.

Suppose though that Anthony claims he never took the files with him. He might claim that any LIDAR work done at Otto and now Uber is completely separate and apart of what he had been doing at Waymo. Or, he might claim that the work on LIDAR at Waymo was already well known in the industry and was considered common knowledge anyway.

In the case of Tesla, which is currently not making use of LIDAR (Elon Musk prefers cameras and conventional radar), one could potentially try to make the case that the LIDAR doesn’t even come to play, though this lawsuit does not involve Tesla and so making that argument in the Waymo and Uber fight won’t be particularly applicable. The point though is that if the firm that is accused of exploiting the IP is not even utilizing that type of technology, it would be a bit of an uphill battle to claim clear cut damages to the firm that originally had the IP.

It is too early to predict how this Waymo versus Uber case is going to turn out. We can anticipate that Uber will say the claims are preposterous and try to make it seem like Waymo is just jealous or maybe Waymo is frightened of Uber and so desperate to try and curtail Uber’s innovations. We might see Uber countersue Waymo for one thing or another. It will be hard for Uber to make Waymo look like a Goliath trying to squash an innocent David, since both of these firms are giants. Get ready for the fireworks and the tit-for-tat that is going to be a continual stream for years to come. This will be fought as much in the courts as it will be in the media.

There will be legal efforts by Waymo to shut down Uber right away in terms of its self-driving car efforts. Judges will be involved. The legal system will become the fighting ring for these two boxers to duke it out. Will this slow down Uber’s efforts? Will this scare others out there at Waymo or other tech firms from not downloading thousands of files and then going across the street to another firm? Will this become a Netfix new series?

Time will tell. What we know for sure is that the lawsuit bonanza is now underway, right or wrong, and so those lawyer jokes that I mentioned earlier should be recast, namely, it is the starting gun for savvy lawyers to start making some money off the jockeying that is going to be taking place in the self-driving car industry. And that’s no laughing matter. 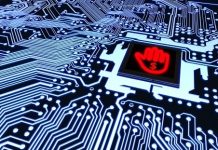 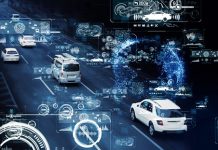