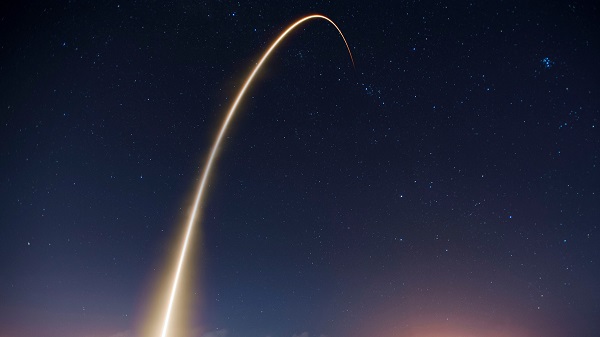 Apple’s CEO Tim Cook recently stated that the development of a self-driving car is the “mother of all AI projects.” I agree with him wholeheartedly. He couldn’t have said it any better. This is a succinct statement that says it all.

Can you get a car that will drive along an open highway and pretty much act as a souped-up cruise control? Absolutely. We’ve got that right now in the Tesla and other upcoming “self-driving” cars. Can any of those cars take evasive action on their own initiative to avoid a car accident by realizing that there is a motorcyclist up ahead that is about to fall off his bike, and land into traffic and therefore the self-driving car is wise enough to switch out its lane, doing so fully aware of the other traffic around it, and quickly go onto the shoulder? No.

This involves many aspects of human intelligence. This requires using judgment on-the-fly. It requires predicting the future. It requires preparing a plan of what to do. It requires carrying out the plan. It means adjusting the plan as the event evolves. It includes maneuvering the car suddenly and with care. It requires being aware of what the car is doing and trying to achieve.  You could aim to program something for this particular scenario, but if you then vary the scenario the system would be unlikely to adjust to the new situation.

We need many more advances ahead of us to do this. We need advances in sensory devices. We need advances in the AI capabilities. Some of these advances we don’t even know right now where they will arise from. Besides saying it is the mother of all AI projects, some liken this to being like a moonshot. Whenever someone refers to an innovation as a moonshot, they usually mean that it is something we can’t do today, and for which we hope to do in the future, but how to get there is an open question that will require various miracle like breakthroughs to achieve.

That being said, let’s do a step-by-step comparison to what a moonshot really was. In other words, let’s retrace how we got to the moon, and see how those aspects are relevant to the creation of a true self-driving car and also how various factors differ from what we are doing for getting to a true self-driving car.

Going to the moon was not especially a money maker kind of engagement. It wasn’t like we were going to cultivate the moon and start selling moon rocks and moon fruit to make money from the expedition. We wanted to go there to prove we could. It was bragging rights. It was pride.

Self-driving cars equals big bucks. It is the pot of gold at the end of this rainbow. I agree with the futurists that say it will transform society. This is big business. Now, I do agree that there are many other more altruistic reasons for having self-driving cars. But, really, for those firms putting in the time and effort right now, it’s the money.

For the United States, getting to the moon was a national goal. It unified us. It gave us something to rally around. It allowed us to show that we were better than certain other countries.

There isn’t a unified national goal around achieving a self-driving car. It’s a mainly a private oriented goal. Car makers want to go there. Tech companies want to go there. The government is generally supportive of others that want to get there, but it is not fitting the whole bill and not taking an active role other than primarily as regulator.

The moonshot was a race. Who would get to the moon first? Turns out, it was pretty much a one-person race, in the end. A deadline had been established, get there by the end of the decade. We had a race and a finish line, along with a clear cut deadline.

For a self-driving car, there’s a race by private firms to get there. Lots of participants in this race. It is assumed that whichever firm gets there first will grab up all the market share. Or at least be perceived as sterling and get lots of attention and boosted prices in their shares. There is not a known or stated deadline. No one knows how long it will really take. Some might tire of the race and drop out. Other new entrants might jump in. The finish line is somewhat nebulous in that though we could say it is whomever can achieve a Level 5 has reached the end, but we don’t have a test per se to say what is really a Level 5 car and so the ending point is a bit murky.

The moonshot was mainly funded by the government. Which is funding from taxpayers.

So, the public was pretty excited about getting to the moon. It was a national rallying cry. Children in school knew to cheer for the astronauts and for every flight into space.

Getting to the moon required advances and innovations in technology. It helped spur the computer era that we know today and which benefited from immensely.

Getting to the moon ended-up being a kind of one-time achievement. We got there. We walked around. We came back a few times.

The moonshot had indirect impacts on society. It did not change the day-to-day lives of people. Some offshoots of the moonshot did ultimately change our lives, but the actual arriving at the moon did not. It might have created great spirit, which then led to other interests and later advances in technology. But the everyday person was not directly impacted by landing on the moon.

A self-driving car is going to change it all. All people will be directly impacted. Some say for example that it will change how the elderly live and what they can do. Some say it will change how we interact with each other. This is profound and transformative innovation.

Self-driving cars are the same. We are going to get there one step at a time. That being said, some believe that we don’t need to do this a step at a time. Rather than getting to Level 3, and then to Level 4, and then to Level 5, some say that the way to get there is to go from now to Level 5. Google’s earlier plans were that way. They wanted to skip the intervening levels and get us to a Level 5. Doubtful about this. It is going to be more incremental than one giant leap.

People remember where they were when we landed on the moon. It was a huge event. A life remembering event.

You might know about Apollo 13, the mission that had to abort the moon mission and come back home. It was a success in that it proved that we could handle such an emergency. It was an example too of things that can go wrong. There were other notable setbacks too during the moon aiming years.

We had hoped that going to the moon would become a regular activity. People would live on the moon. Shuttles would go back-and-forth. Being there would be no different than living on Earth, other than the obvious precautions and living conditions differences. You would ride on a space rocket driven bus to get there and back.  Hasn’t happened yet.

Getting to the moon required great skills in advancing computer hardware and software, but it was not AI. We didn’t need systems that could act and “think” as humans can.

The above covers some of the similarities and differences between a true moonshot and a true self-driving car in terms of being able to advance ourselves to achieve those aspects. The moonshot was the mother of all projects at the time. Today, solving cancer is the mother of all medical projects (I realize some might argue that and claim it is some other medical malady). For AI, there are other AI achievements we are aiming to get to, but a self-driving car is definitely worthy of being considered the mother of them all. In fact, I’ve stated many times that if we can do a self-driving car, it also means we can do AI at an incredible level that we can use that same AI for solving lots of other hard problems. Getting there is half the fun, and actually having a self-driving car that is truly a Level 5 will be a marvel of AI and mankind.