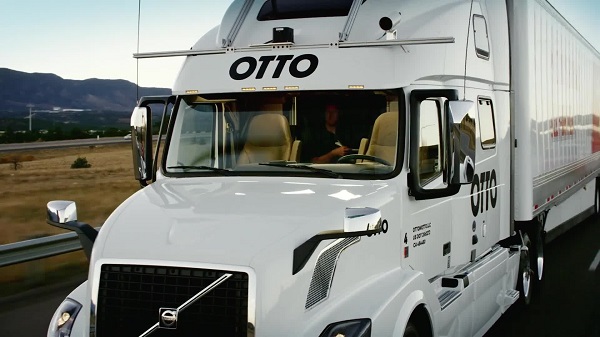 Roman Mugriyev was driving his long-haul 18-wheeler down a two-lane Texas highway when he saw an oncoming car drift into his lane just a few hundred feet ahead. There was a ditch to his right and more oncoming cars to his left, so there was little for him to do but hit his horn and brake. “I could hear the man who taught me to drive telling me what he always said was rule number one: ‘Don’t hurt anybody,’” Mugriyev recalls.

But it wasn’t going to work out that way. The errant car collided with the front of Mugriyev’s truck. It shattered his front axle, and he struggled to keep his truck and the wrecked car now fused to it from hitting anyone else as it barreled down the road. After Mugriyev finally came to a stop, he learned that the woman driving the car had been killed in the collision.

Could a computer have done better at the wheel? Or would it have done worse?

We will probably find out in the next few years, because multiple companies are now testing self-driving trucks. Although many technical problems are still unresolved, proponents claim that self-driving trucks will be safer and less costly. “This system often drives better than I do,” says Greg Murphy, who’s been a professional truck driver for 40 years. He now serves as a safety backup driver during tests of self-driving trucks by Otto, a San Francisco company that outfits trucks with the equipment needed to drive themselves.

At first glance, the opportunities and challenges posed by self-driving trucks might seem to merely echo those associated with self-driving cars. But trucks aren’t just long cars. For one thing, the economic rationale for self-driving trucks might be even stronger than the one for driverless cars. Autonomous trucks can coördinate their movements to platoon closely together over long stretches of highway, cutting down on wind drag and saving on fuel. And letting the truck drive itself part of the time figures to help truckers complete their routes sooner.