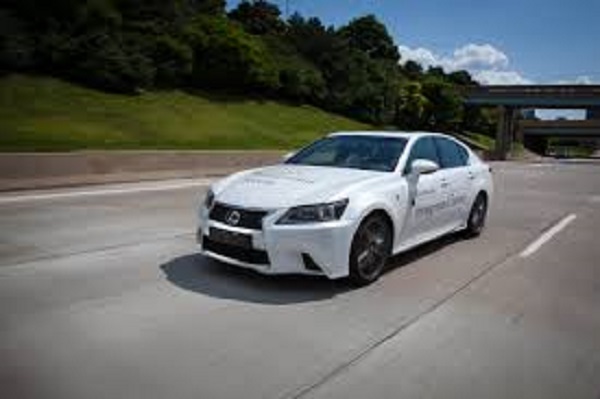 Like most of its big global rivals, Toyota is aggressively pursuing full self-driving technology. But Toyota has also put a lot of work into a second research path, toward a driver-assist system that goes well beyond anything currently on the market. Here’s what it’s thinking.

The new test vehicle was created by the Toyota Research Institute (TRI), a research facility based in Silicon Valley that Toyota opened early last year. It’s based on a current-generation Lexus LS 600hL, a big hybrid luxury sedan. The big Lexus was chosen because it has a robust “drive-by-wire” interface, meaning that signals are translated to many of the vehicle’s controls electronically, rather than mechanically. That makes it much easier to automate those controls.

TRI created a system for the car that allows testing of various autonomous-driving technologies and the collection of a great deal of data. It’s focused heavily on machine vision and machine learning, Toyota said, with substantial computational ability. The system also includes the LIDAR, radar, and camera sensors you’d expect to see on a self-driving test car.

But self-driving as we think of it is only part of this new Toyota test car’s mission.

A “guardian angel” to help, rather than replace, drivers

Toyota is working simultaneously on two different paths to artificial-intelligence-assisted driving. The first, which Toyota calls Chauffeur, is exactly what it sounds like: a full self-driving system that requires no human intervention, at least under certain conditions.

Read the source article at fool.com.