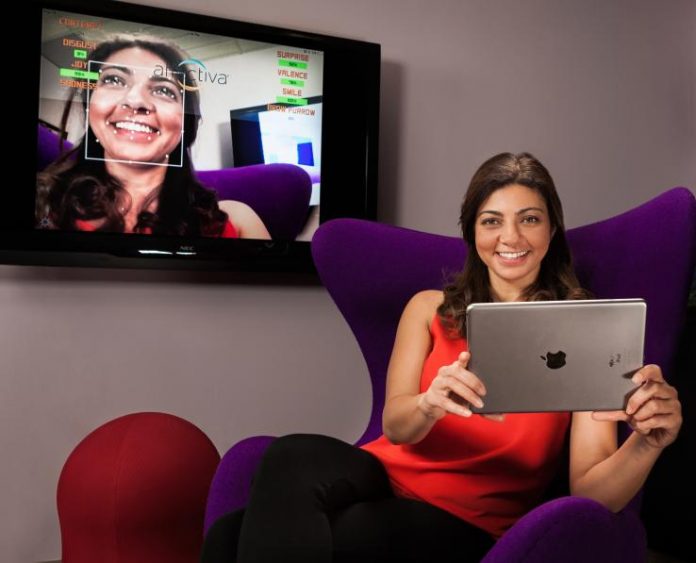 Affectiva, a startup developing “emotion recognition technology” that can read people’s moods from their facial expressions captured in digital videos, raised $14 million in a Series D round of funding led by Fenox Venture Capital.

According to cofounder Rana el Kaliouby, the Waltham, Mass.-based company wants its technology to become the de facto means of adding emotional intelligence and empathy to any interactive product, and the best way for organizations to attain unvarnished insights about customers, patients or constituents.

She explained that Affectiva uses computer vision and deep learning technology to analyze facial expressions or non-verbal cues in visual content online, but not the language or conversations in a video.

Its system first categorizes then maps the facial expressions to a number of emotional states, like happy, sad, nervous, interested or surprised. Over time, the company’s systems learn, from the videos it analyzes, about more complex emotions and broader range of emotions.

The startup hopes to be able to accurately parse expressions of hope, inspiration and frustration from non-verbal cues in the future.

So far, Affectiva has amassed a data repository of 4.25 million face videos from people in 75 different countries yielding over 50 billion emotion-related data points.