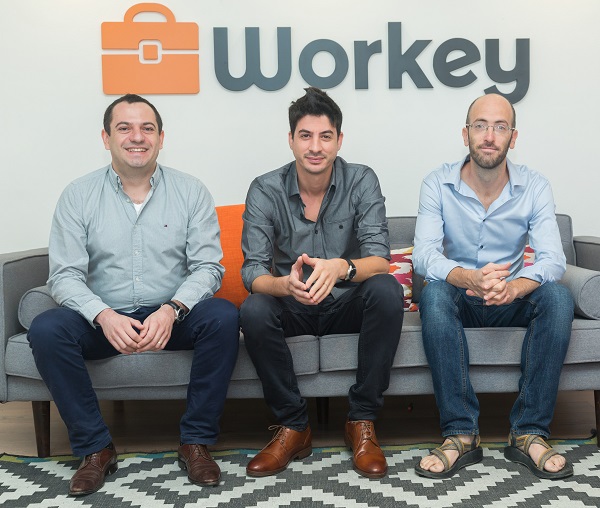 One of the ways companies fill their ranks with good employees is by scouting “passive talent,” or people who aren’t currently looking for new jobs but might be convinced with the right offer. This usually takes hours of networking, but a Tel Aviv-headquartered startup called Workey uses artificial intelligence to streamline the process by matching companies with potential candidates. Workey launched in the U.S. today and also announced that it has raised $8 million in Series A funding.

The round was led by PICO Partners and Magma VC and brings the total Workey has raised so far to $9.6 million, including its earlier seed funding. Workey will use the new capital to expand in the U.S., open an office in New York City, and hire people for its research and development and data science teams.

A LinkedIn study released last year found that recent college graduates are more likely to switch jobs at least twice before their early 30s than previous generations. Workey targets people who are interested in potential opportunities, but don’t want to broadcast their curiosity to everyone, including their current employers. Once they sign up for the site, they create an anonymous profile that is used to find positions their background and skills qualify them for.

Workey’s recommendation system then matches companies with promising candidates. If a company requests an introduction through the site, users can respond by revealing their full details. Otherwise, all rejections are anonymous. As an example, Workey’s co-founders say Yahoo has found several candidates by spending 10 minutes a week on Workey.

Founded in 2015 by Ben Reuveni, Danny Shteinberg, and Amichai Schreiber, Workey has worked with more than 400 companies so far, including Yahoo, Amazon, Dell EMC, and Oracle. In a group interview by email, the trio told TechCrunch that the anonymous platform helps mitigates hiring bias, because companies don’t see a candidate’s race, gender, ethnicity, or religion first. It also allows candidates to see how they stand in relation to the rest of the job market, which can help them during wage negotiations.

Another benefit is “combating the stigma associated with job seekers.”

AI is about to open the door to a new role...

Government is Reskilling Workforce to Handle Disruptions from Spread of AI