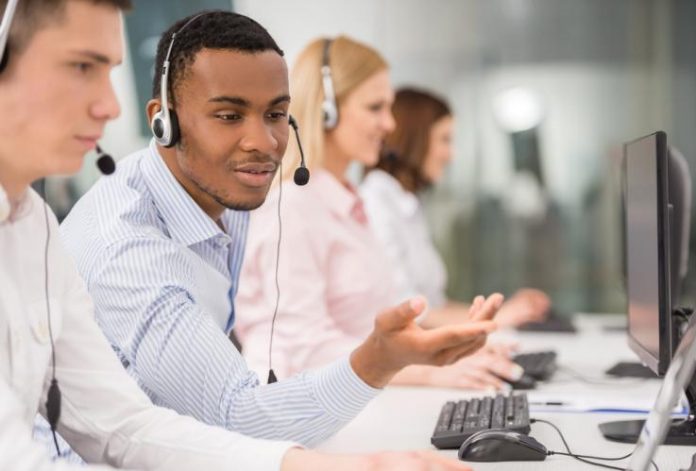 Bots seem to be all the rage this week, thanks to the release of Facebook’s Messenger Bot program at F8, but not everyone sees bots as the way to keep up with the customer service glut. DigitalGenius, a former TechCrunch Disrupt Battlefield finalist, thinks there’s a better way using artificial intelligence and machine learning.

The company released an entirely new product this week called the Human+AI Customer Service Platform that links to popular customer service platforms like Salesforce, Zendesk and Oracle. The trouble with bots is they are limited by their programmed actions, says Mikhail Naumov, chief strategy officer at DigitalGenius.

“While chat bots are cool and are getting lots of attention today — they often break once the user asks for something that has not been pre-programmed into the bot. The DigitalGenius platform, however, combines the best of human and machine intelligence in a seamless customer service experience,” Naumov told TechCrunch.

DigitalGenius’ secret sauce lies in its ability to analyze the customer service logs from chats, social interactions and emails to learn about the most common transactions, then determine what the most likely response should be. The company has defined a ‘confidence threshold’ — that is, how likely a response is accurate. The customer decides on the threshold where they are comfortable delivering an automated message. All other interactions would be routed to a human CSR for processing.

In previous iterations of the platform, it could take several months with a consultant training the system to learn what those popular requests and responses might be. After taking a year to fine-tune its approach, DigitalGenius has been able to reduce that training period to several weeks.

This is not to say that training the system is a simple matter. Each customer brings its own set of problems and solutions, its own language and its own comfort level with automation versus human involvement. While the new approach speeds up the initial training period in a fairly dramatic way, it still requires help in most instances from a DigitalGenius engineer or an external systems integrator to make it work.

Originally, the company used the technology to deliver a solution based on intelligent automated responses to SMS messages — smart bots if you will — but it decided to pivot last year and design the platform as a customer service-focussed solution.

Management can still monitor the interactions in an administrative dashboard to make sure that customers are getting the optimal responses in a reasonable time period, not leaving the automation or human components without some oversight.

The company also announced a new round of $4.1 million in funding today from investors like Salesforce Ventures and BloombergBeta. Other new funders included NovelTmT, Singularity Investments and Spider Capital. Previous investors Lerer-Hippeau Ventures, Lowercase Capital, Metamorphic Ventures and RRE also participated in the round.

Today’s investment brings the total to over $7 million. The company has offices in New York and London and employs approximately 20 people. Like most early-stage companies, the majority of those employees are engineers.

Opinion: Data is Holding Back AI