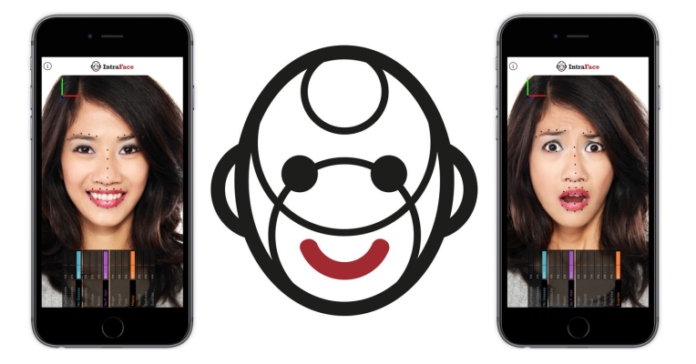 Facebook could one day build facial gesture controls for its app thanks to the acquisition of a Carnegie Mellon University spinoff company called FacioMetrics. The startup made an app called Intraface that could detect seven different emotions in people’s faces, but it’s been removed from the app stores.

The acquisition aligns with a surprising nugget of information Facebook slipped into a 32-bullet point briefing sent to TechCrunch this month. Regarding its plans for applying its artificial intelligence research, Facebook wrote (emphasis mine):

It’s not hard to imagine Facebook one day employing FacioMetrics’ tech and its own AI to let you add a Like or one of its Wow/Haha/Angry/Sad emoji reactions by showing that emotion with your face.

That’s probably a long way off, though.