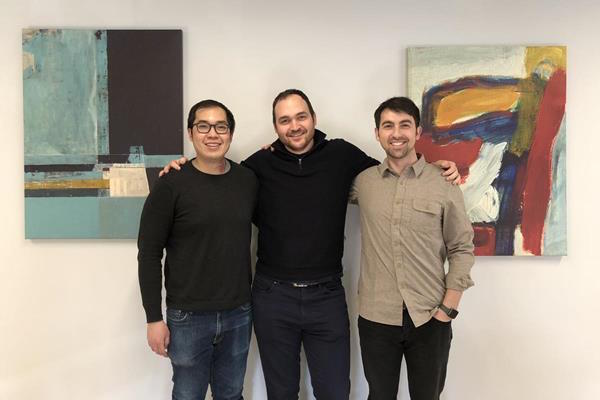 Here are the makings of an interesting tale. It involves two competing tech spinouts from MIT, and two rival CEOs who were co-authors on a key research paper. And now, each company has raised on the order of $10 million from venture capitalists to win what could become a major race.

It’s Lightelligence versus Lightmatter, for the future of artificial intelligence hardware. At least, one type of A.I. hardware: optical chips.

Let’s get the funding news out of the way: Lightelligence, led by CEO Yichen Shen, said Friday it raised about $10 million from “top VC investors and leading industry technologists.” The company calls the investment a seed round, and other media reported Baidu Ventures is one of the lead investors.

Not to be outdone, Lightmatter, led by CEO Nick Harris, said recently that it raised $11 million in a Series A round led by Boston venture firms Matrix Partners and Spark Capital. The startup won the top prize in MIT’s $100K business plan competition last May; around the same time, it won $75,000 in the President’s Innovation Challenge awards at Harvard.

Harris (pictured above at far right, with his co-founders) said in a press release that Lightmatter is “augmenting electronic computers with photonics to power a fundamentally new kind of computer that is efficient enough to propel the next generation of A.I.”

The idea behind both Boston startups is a big one: to design computer chips and circuits that use light signals instead of electrical signals, in a way that makes machine learning applications much faster and more energy-efficient. The technology is very early, but has the potential to reshape computer architectures down the road, especially as A.I.-related processing becomes more prevalent.

A big twist here is that Harris and Shen were the lead authors on a key paper detailing the technology in the journal Nature Photonics last June. They were also on the same business-plan team for the MIT and Harvard competitions, under the name Lightmatter. Why they have split into two companies is not totally clear, but we may have more on that after hearing from both sides. (From sources familiar with the companies, who spoke on background, the situation sounds like a classic founder divorce over differences in personality, culture, and company strategy.)

Harris did his PhD work in MIT’s quantum photonics laboratory, which is led by professor Dirk Englund in the department of electrical engineering and computer science. Harris’s co-founders from MIT are Darius Bunandar (from the same lab) and Thomas Graham (from MIT Sloan School of Management).

Meanwhile, Shen did his PhD in MIT’s photonics and modern electromagnetics lab, led by physics professor Marin Soljačić, the founder of wireless-power company WiTricity. Soljačić is a co-founder of Lightelligence, along with Harvard Business School MBA Paul Xie.

Lightelligence said in a prepared statement that it will license technology “exclusively” from the MIT Technology Licensing Office. The company said patents were filed when the founding team worked as researchers at MIT, and that the patents “cover the fundamental [principle], component design, system design and algorithms.” (It’s possible that the two startups are licensing different patents and/or commercializing different aspects of the technology.)

Read the source article at Xconomy.

Scientists Develop AI System That Can See What You Are Thinking

13 Experts Weigh in on What We Should Teach Robots