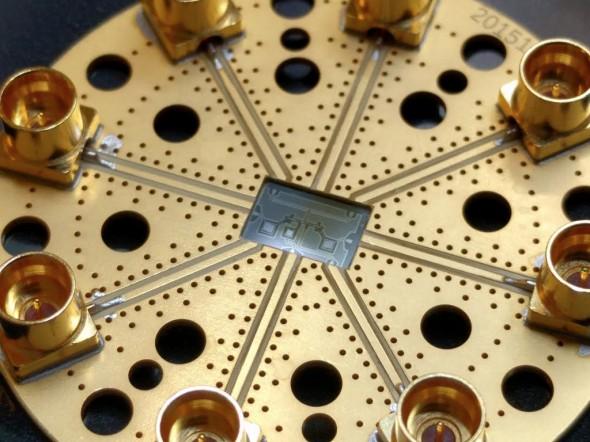 Rigetti Computing is working on designs for quantum-powered chips to perform previously impossible feats that advance chemistry and machine learning.

The airy Berkeley office space of startup Rigetti Computing boasts three refrigerators–but only one of them stores food.

The other two use liquid helium to cool experimental computer chips to a fraction of a degree from absolute zero. The two-year-old company is trying to build the hardware needed to power a quantum computer, which could trounce any conventional machine by tapping into quantum mechanics.

The company aims to produce a prototype chip by the end of 2017 that is significantly more complex than those built by other groups working on fully programmable quantum computers. The following generation of chips should be able to accelerate some kinds of machine learning and run highly accurate chemistry simulations that might unlock new kinds of industrial processes, says Chad Rigetti, the startup’s founder and CEO.

This AI startup turns Slack into SmarterChild on steroids