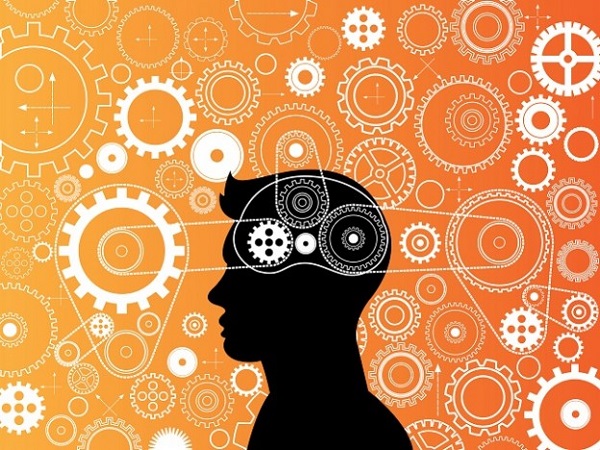 Q. How is Nuance doing AI today? I know you have a long history in voice recognition. What makes what you do there now true AI?

A. Good question, especially since we’re in an interesting world right now where it’s the perception of AI versus the reality of AI. What many people might not know is that speech recognition is AI technology. Natural language understanding is AI technology. Machine learning is applied AI technology. And just because it was around before the “AI revolution” doesn’t mean that it’s not AI. So, there’s a lot of buzz and hype right now.

Along with that comes a lot of startups and even some of our friends in the big technology arena that are coming out and talking about conversational AI and AI in general, saying that there are these new capabilities and new things happening.

There is a perception that AI should be a single brain that knows and learns. However, the technology is not there yet. No one has delivered a single brain that totally understands somebody’s enterprise and converses with that organization’s customers because, frankly, that’s science fiction. It doesn’t exist yet. This all said, it doesn’t mean there isn’t strong AI-based technology that can be used to deliver solutions.

Q. We do have a lot of buzz around AI these days, as you mentioned. What’s your view on where the industry needs to go? And what is Nuance doing to make it happen?

A. Along with the buzz came a lot of “easy-to-use tools,” and claims like: “You can build a bot in a minute. You can build a bot in the afternoon. We’ll make it easier for you to get your bot up and running and doing its thing.” Well, those bots that you can make in the afternoon are very, very simple bots. They are question-answer bots. They are bots that aren’t necessarily bringing real value to businesses or consumers. For example, let’s say you contact your auto insurance company about a rock that came up from the road and cracked your windshield. A whole business process must be followed to address that. If you are going to build conversational AI around that conversation, you have to design it with the expertise required to craft a conversation around that business process.

The buzz has made people think this is very easy, but it’s not as simple as plug and play. And it’s not something that just anyone can do. What we’re seeing with some companies is that they are trying to do this on their own. They’re saying, “Hey, this is so easy. We don’t need to hire the experts. We can build this on our own.” And what they are delivering are poor and unconnected experiences. And that makes the technology look bad because the reality with conversational AI is that the technology itself doesn’t provide the solution. You have to build the solution on top of the technology. The technology is just an enabler that requires an expert skill.

We coined a term at Nuance called VUI (Voice User Interface) design, which is also sometimes called Conversation Experience design. Our people working on it have psychology backgrounds, literature backgrounds, linguistics backgrounds. We even have a handful of PhD’s in psycholinguistics, which is the psychology of language. (Yes, that field does exist.) So, the AI buzz can make people think this is super easy when the reality is that it’s an expert skill.

We see two directions this has to go, both of which we are taking right now at Nuance. One is we must make that pro skill, that VUI design skill, more data-driven and require less effort. Right now, it’s a totally manual job where a VUI designer has to sit down with the subject-matter expert. Whatever we learn from the subject-matter expert gets written down into a conversation flow. That is reviewed, and then the system ultimately gets built. That is all a process involving humans.

We’ve just announced Project Pathfinder. Already, we’ve done some proof-of-concept work with our customers, taking conversations happening today in the contact center between two humans, ingesting those and graphically exposing the entire call flow. We can auto-generate that dialog flow – the conversation between two humans – and use that as our basis for building out a bot. That’s an advancement that no one else has right now. We have advanced our technology over 20 years, and now we are turning our attention to the design process. Pathfinder is aimed at making the design process a lot more data-driven.

Our second direction right now is to actually deliver on this promise of AI as a single brain that knows all about customers. Enterprises have huge volumes of data about their customers. They can leverage that data when they are having a conversation with a customer to make predictions with less effort. We are working on that key area, which we think will bring even more value to enterprises and their customers.

What is making the biggest impact from a customer ROI perspective? Are there any industries where it’s really making a positive impact to the bottom line? Are there any notable customer deployments that you’d like to mention?

A. The reason why there’s such an AI revolution now is that compute power and data are a lot cheaper. These technologies are now available to the masses, where previously they had only been available to large enterprises and some niche players that had the money and the volume to really use them. We have several customers that are saving a lot of money every day using AI technology.

In our phone channel, we have large customers getting up to 30 million incoming phone calls a month. It’s the high-cost channel for all our customers. The traditional solution had been to offshore customer support, which tended to have a negative impact on customer satisfaction. Customers often want a human touch and to have their problem solved quickly and easily, and that’s where AI technology is really making a huge impact on the bottom line: by being able to understand and solve problems quickly and efficiently.

We did a study with one customer that showed it got the highest satisfaction rating from use of self-service automation using AI technology. So, people may complain about using a bot, but when the bot has been well designed, they are delighted using it.

Many companies today are offering conversational AI. Is there anything specifically Nuance is doing to stand out?

The way natural language is used in the enterprise space is mainly to get the intent: “What is it you’re contacting us for?” And that functionally solves the problem. The accuracy of recognizing an intent today is in the low- to mid-90 percentage range. Being able to get to that level of accuracy is really, really close to human capability.

While achieving this accuracy does involve technology, it also requires a knowledge base and understanding. Therefore, while many of these folks are coming to market with their conversational AI technology, they’re bringing technology without the knowledge and expertise, and actually not solving the problem or request.

At Nuance, we take pride in our technology and our large solutions team that builds conversational AI-based custom applications directly with our customers. We understand their business processes. We sit with them to bring our experts in healthcare, banking, airlines, etc. – whatever industry they are in.

We bring in the VUI designers to help craft these intelligent conversation applications on top of AI technology. One of our big differentiators is that we’re not just selling our world-class technology (although there’s no one out there with differentiating technology above ours). We are also selling a solutions team that can actually deliver these solutions.

The second major differentiator is that, because we’ve been in this space for so long, we are good at understanding the challenges, which extend well beyond technology. Project Pathfinder, for example, is taking in unstructured, unlabeled, conversational logs and creating a graph from them. No one else is doing that. No one else even knows they have to do that because they’re so new to the space. So, technology and solutions are keeping us ahead of the competition.

For more information, go to Nuance.